What do we do next?  The question for revolutionaries in North America is to figure out how to activate the anaesthetized. But why are we anaesthetized?

There is a realization, at least to some extent, that we are the ones responsible for the global ills: the reification of individualism and the exporting of capitalism and democracy'; yet the vast majority of people are too comfortable' to do anything more than nod their head when presented with the evidence. Why is this? In short, most people don't feel enough pain on a personal level to motivate them to take risks… If this is so, do we need revolution? Yes, because we are living within a lie, and this cannot be healthy…

The Source of Our Discontent

It is interesting to note that the spectre of what North Korea represents is very present due to the transfer of power that has resulted from the death of Kim Jong-Il. We, on the outside, can see the absurdity of this system. We see the lies and the way the public is manipulated.

What we have recently realized, and that Occupy has successfully reinforced, is that there is something deeply disturbing and much darker at play in the west that is the result of the inauthenticity of its claims. At least in North Korea they are explicit about who their Supreme Leader is, who has ultimate power. Citizens in North Korea have no power, and this is made quite explicit to them. In the West, in contrast, our relationship to power is much different.

Democracy' provides us with the illusion of power. This is the lie that we have been sold.

The undercurrent of discontent that is surfacing is due to this dawning realization: that we are pawns in someone else's game, that there are others who are laughing.

Those in power do a masterful job of hiding their true motivations. The triumvirate which includes those with the money, the politicians they are able to purchase, and the media which they own, have managed to figure out how to manufacture complacency.

What makes things all the more complicated is that the target is invisible because there is no point at which to direct an offensive. Businessmen, per se, are not the problem. The problem lies below the surface with the institutions within which we are situated: the models we deem sacrosanct within the structure of capitalism and democracy and the relation between the two. This was both what Occupy revealed and one of its challenges.

The Possibility of Revolution

The traditional sense in which we conceive of revolution is as a mechanism to replace the existing power structure. We overthrow the current regime and replace it with something else. In order for us to realistically shift the balance of power in that sense these conditions need to be met:

At this point we are nowhere close to satisfying either condition … so what should we do?

Occupy was both a militant political movement and a community. Those who occupied did so for different reasons and if there is one thing that we have learned over the past ten months it is that we all hunger for the community we created.

Furthermore, the support that we received from the public was, in large part, for the community we created that housed, fed, clothed and treated a large number of people at no charge. This represents the essence of community: mutual support and care. This has been lost in western culture… a culture where everything has a price.

This support was offered because people, at some deeper level, realize that this is the essence of community; that these sorts of actions as well as the context that makes them possible is what is really important. Of course, it is one thing to know this and something completely different to participate since most people are trapped by nine to five jobs, house payments and car pavements. Enslavement can take many forms… and in some cases can be palatable.

The thing about Occupy that was most revolutionary… most on target, was the occupations themselves… the reclaiming of physical space. That it was so essential to the identity of Occupy is revealed by its loss. We in Vancouver have not been able to reclaim the sense of hope and possibility that was present during the occupation. I suspect this holds true in other cities as well.

We need to re-occupy…but with the support of the community.

Physical space is essential because the objective is to create a new way of living… of being in the world. Life is lived in the real world… in space. In the absence of physical space, we will continue to feel disconnected… from each other… and the world that we want to help to recreate.


Revolution 2.0 will be a slow process; one that focuses on engaging, educating, and capacity building.What we need to do is to build a bridge to the anaesthetized… to create points of interaction where we can educate people and cultivate personal relationships… This needs to happen in physical space.

Occupation Requires Sustained Physical Space: obviously if we are to re-occupy we need a location to do this. The importance of a physical location cannot be overemphasized. Physical space contributes to building the revolution in the following ways:

?    Evidence of The New Culture: we need a physical space in which to provide evidence of the new culture… We need to show that Gift Economies can work…
?    Deepen Relationships: It provides a place for people to go to and therefore for people to simply share space and get to know each other.
?    Bridge Differences: This is especially important in a movement that is resisting the entire system and therefore is the home for people who have different perspectives and are working on different things.
?    Build Trust: The solution to bridging differences is to cultivate personal relationships… to realize that we are all in this together
?    A Place To Organize: Of course, it also provides a place to organize our activity

Sustained Occupations Cannot Be Confrontational: I think that I speak for most of us when I say that the appetite for sustained occupations that are confrontational has been fully satisfied! This does not mean that occupy cannot continue to participate in front line resistance activity and to show solidarity with others who are standing on the front line.

Space Must Be Utilized To Engage and Interact With the Mainstream: If we are to build the movement we need to educate and activate the average citizen who does care, but has no entry point into the movement. They must feel welcome to share the space with us whenever they want.

Education, Training: We must develop curricula that connect the dots between capitalism, colonialism, marginalization and systemic oppression. These sessions must be offered to the public out of our space.

Media and Messaging: A critical component of the strategy will be to reframe the message. We need to cultivate our media and messaging strategy… We need to take advantage of the technology infrastructure that allows for the wide and rapid dissemination of messages in real time. This is how we can reshape the meme.

Creating and Networking a Federation: Of course, we all need to focus on our local context, but to whatever extent possible, we need to build real time connections with other occupations that have managed to secure physical space. By connecting with them we stand in solidarity and can more easily share best practices.

More on all of this as we proceed… 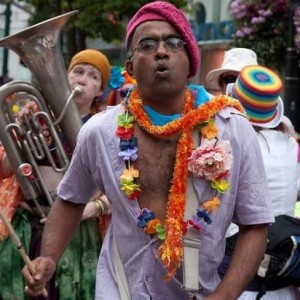