I got the weirdest phone call last week. The editor of Gawker, A.J. Daulerio, contacted me, requesting information on lucid dreaming.  (Lucid dreaming is knowing you’re dreaming while firmly in the dreamstate). He said he’s doing a new piece on lucid dreaming and Jared Loughner, who was sentenced yesterday with life in prison without parole for his deadly rampage in Tuscon, AZ in January 2011.

Turns out, Gawker had got a hold of some emails from Jared Loughner, and Daulerio has been going through them looking for new insights in the horrendous mass shooting that left six dead and wounded 14, including U.S. Representative Gabrielle Giffords. It got weird when Daulerio asked, “So, you talked to Jared, right?”

“Nope, never spoke with him,” I replied.

“But you emailed with him, right?”

“Because we have an email from him to you.”

That’s when my nervous laughter began. Good to know that I laugh when I’m freaking out, it must be my Irish heritage.  “Um, do you have a reply from me?” I asked, cringing.

No reply, he says… but maybe I have it?

I have no recollection so I tell him I’ll get back to him. I got home and did a search for Loughner in my email database. Ping. With an increasingly icky feeling, I saw that not only had he emailed me, but I had responded.

Time stamp: February 2009. A full 23 months before the shooting.

I reread Loughner’s email to me and instantly understood why I didn’t remember it: it was very, very forgettable. By any reasonable standard, it was a polite inquiry about dreams, like the kind I get each and every day. No weirdness. No nonsensical queries. Even with the typo, it was a totally normal request, and I sent him a reply back a few days later and forgot about it.

Below you can read Loughner’s email to me and my reply. I’m attaching the emails as screenshots, and have blurred out only our email addresses.

A couple of points about this exchange:

It’s sobering to know that a man who later became a convicted mass-murderer was reading my blog and corresponding with me in 2009. As I suggested to the editor of Gawker,  as an online educator, all I can do is hope that my work helps people.

It’s especially sobering as I provide educational material about lucid dreaming, which will probably, once again, get some media buzz as being a “cause” to Loughner’s descent into schizophrenia.

This correlation simply does not hold water.

As I discuss in this article on the supposed dangers of lucid dreaming, there’s no evidence that lucid dreaming can bring on mental illness. From my dangers piece:

“In fact, lucid dreaming has recently been linked to resilience, the ability to maintain stability during and after traumatic events. Lucid dreaming is used clinically to help cope with nightmares, and is considered by many psychologists to promote psychological growth and encourage problem solving.”

But millions of healthy people have lucid dreams every night. And millions more experience sleep onset hallucinations that seem extraordinarily vivid, which coincidentally is a central theme of Oliver Sack’s new book Hallucinations.

Sacks’ point: hallucinations are not just the mark of psychosis. More commonly, they are the mark of being sleep deprived, stressed, drugged or physically exhausted. People with narcolepsy and partial blindness and also experience hallucinations without losing their mind.

Anyhow, Loughner didn’t become a murderer because he was a lucid dreamer, no more than he did because he smoked copious amounts of ganja. He was sick, he needed help, and the saddest part of this case is that the people in his community knew it but seemed powerless to help him.

One more thing: it’s not weird to me that I corresponded with someone who turned out to be mentally ill.  This probably happens more than I am aware – and that’s true for all of us.  Those suffering with mental illness routinely hide their illness, and most do it pretty well.

Now, my heart goes out to the survivors of the Tuscon tragedy, and to the shattered families who are picking up the pieces. But calling people suffering from schizophrenia “crazies” is not going to help. They are not “them.”  “They” are us. Bouts of clinical depression, schizophrenia and other personality disorders and psychoses can come and go. Many people heal, picking up where they left off – at least that’s true for those who have community support. Others stabilize their condition, living out productive lives, working jobs in every sector of the economy, including higher education and government. Elyn Saks eloquently describes what this looks like from the inside in this TED talk.

Society, and especially media, has a way of othering those with sicknesses that we don’t understand. Even though people with mental illness may commit more violent crime (under stressed conditions) than those without, this doesn’t mean that all schizophrenics and other folks with personality disorders are murderers-to-be, waiting to blow up like a greasy stick of dynamite. This is another logical fallacy.

In fact, those with substance abuse problems (including alcoholics) are more likely to be violent than schizophrenics, but as a culture — and perhaps it’s part of human nature — we are much more scared of the sensational and seemingly random acts of violence than the systematic violence that happens around us every day.

And it is far more likely that people with a serious mental illness will be the victim of violence, not the perp.

Our mental health facilities are less funded than they have been since the 1970s. This problem will continue to get worse until we start supporting the mental ill amongst us again.

The grain of truth: Lucid dreaming is powerful medicine

Under all the misplaced fear about the dark side of lucid dreaming, there is a small grain of truth: the practice of lucid dreaming can, over time, bring up disturbing imagery and challenging situations for the dreamer. It’s not all fluffy bunnies and celebrity fantasies in the dreamworld. Sooner or later, you have to face your fears.

This is why I take lucid dreaming seriously: it’s powerful medicine. It shakes up your ego defenses by design. As Leonard Cohen says, “There is a crack in everything. That’s how the light gets in.”

In my view, and the view of many lucid dreaming scholars, establishing a secure container is essential to a healthy lucid dreaming practice: by this I mean having a social support network, a healthy home life, and the time to go deeper into process. These are just a few of the prerequisites to success, and can also prevent the occurrence of nightmares and scary “false awakening” type dreams along the way.

These dreams won’t make you schizophrenic, but without proper support, they can agitate your mental state and possibly re-strengthen the fears that came up in the dreams.

Unwanted lucid dreams is a real problem for some people too; in these cases, it’s best to treat too many vivid and nightmarish dreams as a red flag, find ways to relax and ground yourself, and seek professional help if it’s disrupting your life. The same advice goes for a run-away meditation practice or an out-of-control kundalini awakening: psychospiritual practices can be disruptive, so be prepared, and know where you can reach out for community support. 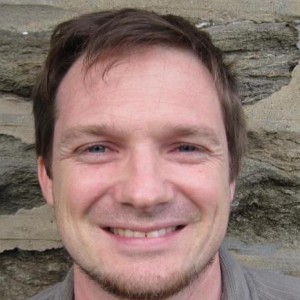 Lucid dreams may be one of the most magical experiences a human being can have. This is a naturally induced shift in human consciousness all taking place while the body sleeps. Sometimes dreams can turn into terrifying nightmares but there are ways to work with the mind to pull oneself out of these mental states.