Scientists have strong evidence that NASA's Voyager 1 probe crossed the heliosphere, the magnetic boundary separating our solar system's sun, planets, and solar wind from the rest of the galaxy. If the evidence is true, it would mean that Voyager 1 is the first human-made object to cross this border.

"In leaving the heliosphere and setting sail on the cosmic seas between the stars, Voyager has joined other historic journeys of exploration: The first circumnavigation of the Earth, the first steps on the Moon," said Ed Stone, chief scientist on the Voyager mission. "That's the kind of event this is, as we leave behind our solar bubble."

Voyager 1 is currently traveling at 38,000 miles per hour, and it did not send a signal to scientists to alert them of its crossing, making it a matter of controversy in the scientific community.

"The spacecraft itself doesn't know," Stone said. "It's only instruments that can tell us whether we're inside or outside."

In addition, the device aboard Voyager 1 that measures plasma – a state of matter with charged particles – broke in 1980. Scientists devised a method of detecting waves in the plasma around the probe to calculate density, which allows them to determine the location of the probe.

In late July and early August of 2012, evidence from particle data showed a decrease in the concentration of particles made in our solar system and an increase in particles made outside.

"If you just looked at that data, you'd think it's pretty clear that we've actually crossed a boundary. We're no longer in the place where the solar system particles are being made, and we're actually out in the interstellar medium," said Marc Swisdak, associate research scientist in the Institute for Research in Electronics and Applied Physics at the University of Maryland. Swisdak was not directly involved with the new study, but has worked with Voyager data.

Voyager 1 has only 68 KB of memory, which is far less than a smartphone, said Suzanne Dodd, Voyager project manager.

"It's the little spacecraft that could," Dodd said in a NASA press conference.

"We're now on the first mission to explore interstellar space," Stone said. "We will now look and learn in detail how the wind which is outside, that came from these other stars, is deflected around the heliosphere."

Natural radioactive decay creates enough electricity for Voyager 1 to communicate with Earth. Both Voyager probes carry time capsules known as "the golden record," a 12-inch, gold-plated copper disc with images and sounds in hope that extraterrestrials could learn about us.

Voyager 2 is expected to leave the heliosphere in about three to four years, Stone said. Its plasma instrument is still functioning, so scientists can directly measure the stellar wind's density, speed, and temperature. This also means that it will send a clearer signal when it crosses the heliosphere. 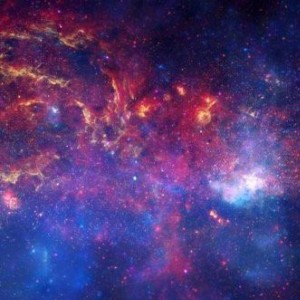