Magic and Shamanism: The Proto Religion If shamanism can still be seen by scholars to be the proto-religion out of which all religious history can be traced back to, the history of magical books and the relationship between modern language and shamanism may be seen to be a bit at odds with each other.

William S Burroughs claimed that the English language itself was a word virus, something that infects the mind. Perhaps this is the reason why the ancient words of power or special mantra formulas were held to be so dear to pagan forms of religion, as they served to disrupt mundane consciousness and vibrationally connect man to the higher order of spirits.[1]

Maybe it’s not shamanism we need to re-connect to in order to save the coming apocalypse for the West but Witchcraft, a tradition alive and well today.

To exist in America also means to be attached to the media saturated environment of the global village, itself an amnesiac language that ironically, as John David Ebert, Marshall McLuhan, and Neil Postman have suggested, have re-tribalized our minds but seemingly leaving behind all the cool magical bits simultaneously.

McLuhan was regarded as a pioneer philosopher in that he suggested the written word—with emphasis on the detached, cold eye—displaces the oration of the magical word of the more primal ear.  In the visual stimulus addicted West it still seems that magical books and reading are prioritized over actual primal experience of magic, a dualistic tension that Jonathan Strange and Mr. Norrell demonstrated almost perfectly.

So it would seem that the West retreated from direct contact with the gods when our voices were internalized in books and writing; the original magic formula of initiation traditionally passed down by generations orally, began to be trapped and sealed away in books. Even early Sumerian stone tablets were arguably used to mediate the elite priest caste from the ‘masses’.[2]

There have been arguments that digital media does in a way free us from the constraints of the literary world and certainly in some ways it does, the problem with tech it seems though, is that it directly interrupts our ability to internalize knowledge, why should we need to know something if we can Google it?

Now don’t get me wrong, the potential of widespread intelligent use of the internet is straight up amazing, it’s just that the double edge sword effect can’t be understated, you have to understand the shadow and the light simultaneously. Without seeing the negative impact of technology and only highlighting the positive, we’re doomed to be even more enslaved to the beloved machine than ever.

The brave new world of the global village does seem to have different values than our ancestors did; our world is dominated by the sensorial rather than the invisible worlds of the Gods that the shamans so revered. In fact this is so much so that many doubt (and we suspect this many to be cynical city dwellers) doubt their very existence! Of course the argument can also be made that the spirits can operate through the machine itself, if this is the case than that action has to be balanced by proper devotion and lots of time spent away from the tech bride—otherwise it’s a null argument. John David Ebert remarked that this was in a sense the utopian vision that Star Wars suggested, that the spirit and paranormal powers of the Jedi be as strong and formidable as hyper intelligent but ultimately soulless AI itself.

Those in the West receive guidance and inspiration from celebrities rather than elder shamans or even better, directly from the spirits and gods themselves. Even still, in popular media we are frequently reconnected to our ancient memory, magic and the occult is still a prominent subject in art these days, and yet it seems we would rather watch Buffy, flitter away our time on social networks, or play a video game than actually do the concrete work of connecting to the higher order of beings constantly encircling and watching over humanity.

Maybe this is in part because comparatively little has been written to see how the entirety of Western mystery tradition—at its very foundation—has roots in shamanism and magic. It’s probable that this is because of a misunderstanding of witches, themselves just a Western variant of the shaman. After all, with the comprehensive list of psychoactive plants that have been found by Christian Ratsch and others, it does seem that many of us need to still get over the stigma that working with plants or fungi is somehow inferior to the ‘pure path’ of meditation.[3]

This again is the contrast between the left and right hand path known in neo-pagan circles and magnified by the oversimplification of the warring good and evil narratives we often see in pop culture.

This contrast deserves some unpacking however. The right hand path is typically characterized by the forces of love, the cessation of desire (and the wheel of birth and death), and enlightenment of permanent identification with the Self. However, the same goals could be said to be the focal point of the left hand path, with the chief difference being that the left-hand initiate sees psychoactive plants, desire, and sex as potential tools of enlightenment (tantra and kundalini both come to mind). Thus, instead of seeing the body, ego, and world as a weakness or obstacle to be passed, the left hand path seeks to actively use them as tools of practice.

Much of what we know about the right hand path in New Age circles also stems from our unrequited love of non-dualism, itself a powerful connecting philosophy to magical practice. It is true that in the East the mind itself is seen as an illusion, something that the West still struggles with, but whether or not we view it is real does not matter; what matters is how we use the psyche to elevate it beyond it’s default rational state, and this perhaps is where art can be a great mediator, a conductor of magic itself.

Of course, many ancient authors have been known to investigate magic, even the great J.R.R. Tolkien himself. Comic authors Alan Moore and Grant Morrison have some delightfully unusual ideas about how to effectively utilize the imaginal realm and the history of magic in order to heal or empower the potentially creative individual. In his recent (and only) non-fiction book Supergods he claims in a very lucid and down to earth manner that his best work has come directly from supernatural messengers of various kinds.

While there is no doubt that sexual energy magnetizes to art and sells, quite literally in the case, what is the price for working with infernal spirits that can be potentially dangerous, for the sake of selling literature?

After the success of The Invisibles, Morrison would later come to regret and even ‘make a pact with the light side of the force’ in order to redirect his focus more toned down mainstream work with DC and Marvel so as to create a rather angelic portrayal of Superman, a time traveling meta-spiritual ninja Batman, and the most zany and strange X-Men run ever.

John Crowley, while decidedly more conservative in comparison to Morrison, has also professed to have an interest in strange occult works. In his masterpiece Little, Big a great deal of the narrative is spent building and securing an imagination palace that echoes an ancient Wiccan idea, wherein spells can be casted from the sacred space established in the inner mind.

In addition to his love for Finnegan’s Wake as a kind of Western shamanic text, Joseph Campbell’s ideas about spirituality were deeply informed by his lifelong study of myth, shamanism, and the ancient function of the story, his World Atlas series that was unfortunately not completed before the end of his life gave more prominence to the shamanic aspects of global religion than ever before. Ananda Coomaraswamy, Ioan P. Culianu, and Mircea Eliade were all said to have professed an uncanny interest in how mythology and narrative therapy is potentially representative of the spirit planes and near death experiences.[6]

While Eliade’s universalizing of shamanism has recently undergone much criticism, it was Culianu’s role to fulfill and expand the old University of Chicago’s central historian of religion’s thesis, namely focusing on magic as a priority in the past and present of Western culture. Culianu was also a practicing magician in addition to being a great scholar, something that the more conservative Eliade would (at least not publicly) admit.

Like William Burroughs, Schwaller De Lubicz, Julius Evola, and Rene Guenon (all deeply flawed but each with great dissecting of the function language and capitalism and modernity in the West) Culianu believed that the investigation of symbols, art, and mythology was a primordial practice; a means of connecting us to a place well beyond the chains of language. Evola’s practical approach to alchemy is also noteworthy for being open to the function of altered states as a means of charging symbols.

Fortunately, for those potentially (and rightfully) skeptical about the meta-theory about using symbols for connect to higher guardian angels and the spirit world, this symbol therapy can be put to the test quite easily.

Firstly, this is a tradition that is rich with history and backed by practical knowledge; the ancients did not keep those spells which did not work; hence the modern worlds utter fascination with fantasy in popular media. Even a cursory glance at the work of Western mystery tradition experts Wouter J. Hanegraaf and Claude Lecouteux [7] can make one shudder with the distinct pagan revival possibilities. In the material plane bound 21st century America, so much evidence has been kept of our supernatural witchy past and yet so little discussion is still tolerated. Why?

Of course, just as it did during the European middle ages, witchcraft, being a wild and cunning art, is always a potentially disruptive service. Witch hunters are indeed still alive and well. Despite theories of techno-sorcery; the model of the ancient witches world is in direct contrast to capitalism and technology. Capitalism cannot exist with the empowerment of the individual, who would cease to be a consumer and instead be dedicated to his own cunning art.

Sure, maybe one day we can find a way of allowing for making the Great Work a collective priority. For now though, it is nature, not the machine, that is said to reveal the future, sometimes even quite literally so, in the case of ayahuasca trance and divinatory techniques unearthed by the fantastic scholar Marlene Dobkin De Rios.[8]

Ultimately, the only way a well-oiled machine such as predatory capitalism can stay adrift is to create as many powerless and soulless individuals as possible, again, quite the opposite of the priorities of any pagan, witch, or wizard. 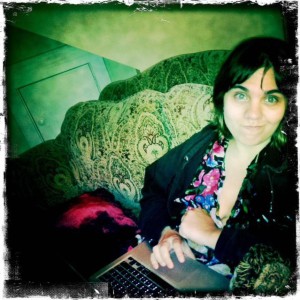