The following is excerpted from Norse Shaman by Evelyn C. Rysdyk, printed with permission from the publisher Inner Traditions International.

In her book The Woman in the Shaman’s Body, Barbara Tedlock argues that the prehistoric foundations of our species’ shamanic activity is filled with evidence that women have been important and active participants in those practices. She highlights convincing pieces of evidence that reveal prehistoric women shamans. One of these is the skeleton that was unearthed in Dolni Věstonice.

Dolni Věstonice is an Upper Paleolithic archaeological site in the Czech Republic about 100 miles north of Vienna, Austria. First discovered in the early twentieth century, the site was radiocarbon dated to approximately 28,000 years ago. While this place is now arguably near the geographic center of Europe, during the Upper Paleolithic period the area was on the edge of the glacial ice. A skeleton unearthed there was of a woman in her forties—old enough to have been a grandparent. As an elder, she would have been important to her people. Rachel Caspari argues that elderly people were highly influential in prehistoric society. Grandparents assisted in childcare, perpetuated cultural transmission through storytelling, and contributed to the increased complexity of stone tools through their practiced experience. In other words, during the Stone Age, elders were a vital repository of all the collected knowledge, history, and wisdom of their people.

Not simply set apart by her advanced years, the skull of the woman of Dolni Věstonice revealed that she also had a marked facial asymmetry. Her high-status burial and facial deformity suggests that she was a shaman. According to Brian Hayden, an archaeologist at Simon Fraser University, people with disabilities were often thought to have unusual or supernatural power. This special woman was buried under two engraved mammoth shoulder blades. She and the contents of her grave had been painted with red ochre after her death. Over her head was a flint spearhead, and in one hand she held the body of a fox.

Twelve thousand years ago in another part of Eurasia, a shaman in what is now northern Israel was afforded similar honors when she was interred. Relatively old for her time, the nearly 5-foot-tall, 45-year-old woman was placed in a mud-plastered and rock-lined pit in a cave and was buried beneath a large stone slab. She was buried with fifty carefully arranged tortoise shells; parts of wild pigs; an eagle wing; a cow tail; a leopard’s pelvis; two marten skulls; the forearm of a wild boar, which was laid in alignment with her upper left arm; and other artifacts, including a human foot.[1]

Approximately 9,000 years ago, a younger female shaman was interred in a foot-thick layer of red ochre in what is now Bad Dürrenberg, Germany. Like her predecessors, she was interred with many extraordinary grave goods, including crane, beaver, and deer bones, as well as antlers and shells. She was also accompanied by a year-old child. Entering the spirit realms for the final time, she wore her shamanic costume (see figure 3.2, page 42). A spray of feathers was attached to her right shoulder. Over her leather dress, she wore a deerskin cape with the face of the deer drawn up over her head as a hood. Antlers were affixed to the top. A breastplate of leather and split boar tusks hung on her chest, and the area above her eyes and around her face was lavishly decorated with suspended slices of boar tusks and other animal bones and teeth. Along her brow, a fringe mask or “eye curtain” of beads and ruminant incisors dangled in front of her eyes. This toothy mask was very similar to the bead and leather fringe masks that are still worn by the shamans of Siberia and Central Asia.

Throughout northern Eurasian cultures, shamans were frequently women. The shaman’s grave of Dolni Věstonice has many similarities to others found across the region that range in dates from the Upper Paleolithic to a much more recent past. In the far-eastern Russian Arctic, a grave from only 2,000 years ago and dating from the Old Bering Sea culture held the skeleton of an elderly woman with a wooden mask at her knees. Her grave had been constructed so that she appeared to have been laid to rest in the body of a whale. Many of the artifacts found in this grave are objects that would have been used in women’s activities; however, her grave also held objects related to healing, rituals, and dance, indicating that this woman was most probably a shaman. From the wide varieties of burial offerings in her grave, it was also clear that her people revered her.

During the early twentieth century prior to the Soviet Revolution, the cultural anthropologist M. A. Czaplicka gathered together much of the remaining shamanic knowledge of Siberian tribes. In her 1914 book Aboriginal Siberia: A Study in Social Anthropology, she quotes a Chukchee proverb, “Woman is by nature a shaman.” Indeed, hunter-gatherer tribes across the Arctic, Siberia, and Central and Eastern Asia preserved the tradition that the prototypical First Shaman was female. It is for that reason that both male and female shamans’ ceremonial costumes reflect traditional women’s garments, such as aprons, skirts, and caps. Czaplicka said it this way, “Taking into account the present prominent position of female shamans among many Siberian tribes and their place in traditions, together with certain feminine attributes of the male shaman (such as dress, habits, privileges) and certain linguistic similarities between the names for male and female shamans . . . in former days, only female shamans existed, and . . . the male shaman is a later development.”

This information is not meant to suggest in any way that men cannot be shamans or that male shamans didn’t exist in prehistory! Rather it is to suggest that a primeval female archetype is central to the deepest roots of the tradition. In venerating the feminine as a source of power, perhaps the people of prehistory were acknowledging that we have all come into this world from a womb and that our species—indeed all species—were born from the body of Mother Earth. Her elements make our physical life possible, and a deep connection with the natural world—with Mother Nature in all her magnificence and abundance—is at the heart of shamanic spirituality.

Within the Earth’s sacred embrace, masculine and feminine energies dance together for the continuance of life. New generations of human beings and other creatures are born from this dance. Each new being is then nurtured by the Earth’s air, her water, her plants, and her animals. When our physical lives are over, we return again to her body. She is pivotal to the sacred circle of existence.

An Assurance of Abundance

Evidence suggests that the Upper Paleolithic shaman from Dolni Věstonice was also a potter. This shaman was fashioning and firing clay thousands of years before any other pottery vessels were made. She created many ceramic[2] figurines of animals and one particular figure that resembled other so-called Venus statues of the time period. These prehistoric statuettes of women portrayed with similar robust physical attributes have been found in Europe and as far east as Irkutsk Oblast, Siberia, near Lake Baikal. The earliest figure found in Hohle Fels near Schelklingen, Germany, was dated to approximately 40,000 years ago. These figures continued to be made all across Eurasia.

More recent finds in northern France and Romania[3] (6,000 years old), a sandstone figure† discovered near Kakinada in the East-Central region of India (5,000 years old), and another from the Old Bering Sea culture (2,000 years old) reveal that our ancestors continued creating these mother/grandmother images in bone, ivory, stone, and clay for over 38,000 years. That equates to at least 1,900 generations! For any cultural idea to be transmitted so consistently from one generation to the next for so many thousands of years, it had to have been considered vitally essential to the culture.

A recent study published in the Journal of Anthropology suggests that the figures constitute evidence that a shared cultural tradition existed across northern Eurasia from the time period of the Upper Paleolithic cave painters and persisted into the period when the first megalithic structures were being constructed in the region. Given that most of the figures were created during the extremely challenging climatic conditions that prevailed at this time, it seems likely that only a very few women survived to become elders and fewer still to be as corpulent as is depicted by many of the figurines. Therefore, these portable images of very well-nourished, multiparous‡ mature females may have been talismans for success in the very difficult struggle to survive and reproduce. In this way, the figures can be seen as related to shamanic doll-like effigies used by Siberian tribes until the twentieth century that were used to protect the people from calamities such as disease, famine, or injury. Like those effigies, these female figures may have functioned as spiritual containers that held the essence or spirit of the symbolic mother/grandmother—a symbol of bounty, fertility, protection, and wisdom. In other words, these figures may well have been talismans to ensure survival, longevity, and tribal continuance.

The spiritual image of elder females lasted for nearly four hundred centuries. Shaman graves tell us that particularly gifted women were also honored. Since these ideas persisted for so long, one can imagine that even after a few generations, they would have formed part of the culture’s primordial past. In other words, a female holy image and the female shaman would have been concepts that had “always been so.”

1 – This last inclusion is especially interesting, as the woman would have limped and dragged one of her own feet as she walked because of a spinal deformity.

2 – The fired-clay figures at this site predate any other ceramic technology by more than 14,000 years. 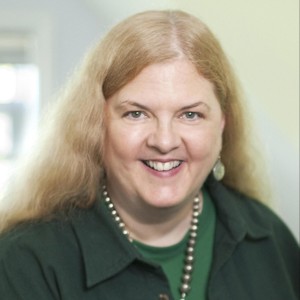