As he spoke — telling me about fractals and shapes and sounds and psychedelia, about birth and death and other dimensions and aliens and entities, about a reality beyond this one and beyond the human mind itself — something opened up inside of me; a sense of excitement and aversion and anxiety and intrigue all rolled into one.

He finished his impassionate monologue and we didn’t say much for the next minute or so. I got the sense that he was giving me space to take that all in, or maybe staying silent in fear of making himself sound like more of a lunatic.

I’m not sure what I was thinking, or what this all meant. It was like there were a thousand cars trying to merge onto a two-lane highway in my head. My mind was swirling with the potential of what such a drug might be like, and before I could understand who, where, or why enough to respond, something from within spoke for me: “do you have any?”

Although this story is semi-fictional, the truth of my first encounter with DMT is not too far off.

Dimethyltryptamine: the legendary psychedelic; nearly impossible to find, but everyone seemed to have heard of it; it takes you to alienate dimension in fifteen seconds and brings you back within five minutes. That was all I really knew. I was intrigued at the first moment I heard of it. Months of curiosity and whispers about where it might be found, and I eventually got my hands on this strange smelling, yellow crystal. I was so excited and felt ready but despite everything I knew in advance, I was thoroughly unprepared for what that encounter gave to me. It left me bewildered but excited and deeply inquisitive about what the hell I just went through. I began seeking out information, something to give me a sense of what this whole DMT thing may mean. That was when I found Rick Strassman’s book DMT: The Spirit Molecule, a cultural phenomenon and an intellectual milestone for many psychonauts like myself.

That was nearly a decade ago, and a lot has changed for me since then. I have gone into, through, and out of some profoundly new age ideas around DMT, and then through a similar process with materialist ideas. I have passed through multiple periods where I would smoke it regularly and then not at all for months, even over a year, and then regularly again. I have studied it, written about it, spoken about it with people from all over the world; my ideas constantly evolving in the process. But in all that change, one thing has remained the same: the essence of the DMT experience is a mystery. On today’s episode, we feature the author of DMT: The Spirit Molecule, Rick Strassman MD. He is a medical doctor specialised in psychiatry with a fellowship in clinical psychopharmacology research. His foundational work with DMT in the 90s was the first human-trial psychedelic research to be done in the two decades following the Controlled Substances Act of 1971. It was the clinical observations and participant reports during those trails that formed his book mentioned above, and the hit documentary by the same name.

He continued his investigation into the significance of DMT over the years with a particular focus on endogenous DMT (made within the body) and its role in prophetic states, as well as the progression of psychedelic research in general since then. His second major book on the topic is called DMT and the Soul of Prophecy, in which he explores the relationship between endogenous DMT and prophetic states as they are reported in the Hebrew Bible. Recently, Rick has been releasing a series of blogs on the mainstreaming of psychedelics and the problematic themes he sees emerging in the process.

We have him on the show to touch on how he feels about the impact his work with DMT has had on psychedelic research and the psychedelic subculture. We also talk god, prophecy, and even politics.

Here is where you will find Rick’s blog, as well as more information about his non-psychedelic work and his books, DMT: The Spirit Molecule and DMT and the Soul of Prophecy.

Buy DMT and the Soul of Prophecy

We Ate the Acid: A Note on Psychedelic Imagery – Hendrick Dahl (essay quoted during episode intro)

IF YOU ARE ENJOYING THIS PODCAST, PLEASE SUPPORT ME IN PRODUCING IT FOR YOU BY OFFERING WHAT YOU CAN IN A ONE-TIME PAYPAL OR BITCOIN DONATION, OR BY BECOMING MY PATRON ON PATREON.

*** Featured Image is by Alex Grey and from the cover of Rick’s book DMT and the Soul of Prophecy, used with Rick’s permission. Thanks, Rick! 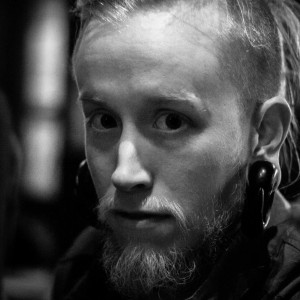