Ayahuasca and the Global Marketplace The following essay on ayahuasca was originally published on Psymposia

In recent years, there’s been a peak of interest, export and consumption of the sacred ayahuasca brew and shamanic traditions of the Amazon rainforest. With the increasing popularity of ayahuasca comes, predictably, it’s commercialization and commodification. Ayahuasca has become a growth-industry.

In some ways, there’s nothing new about the commodification of psychoactive plants. Since the 1600s, landscapes and cultures of economically disadvantaged populations have systematically transformed with colonialists’ appetites for psychoactive plant-products like coffee, tea, coca, opium, and cacao.

But the global ayahuasca boom emerges at a time of unprecedented biodiversity loss, rising temperatures, food and energy crises, fascism, and economic disparity. And in these troubling and turbid times, ayahuasca (also known as the medicine) is imagined by many in the Global North as a botanical panacea and elixir of enlightenment.

Yet as the editors of The Expanding World Ayahuasca Diaspora (2018) Bia Labate and Clancy Cavnar point out, “cultural appropriation and commodification of indigenous traditions are also highly germane as ayahuasca expands into new sectors of society.” Ayahuasca is not immune to the entrepreneurial impulse.

I wonder though, how authentically transformative ayahuasca would be, grown en masse in industrial green houses across the globe, locked-in with patents, advertised on billboards and listed on the stock market, unceremoniously administered to individuals in clinics. (This may not seem like an immediate future, but then again, neither did cannabis.) Could this be a possibility, and if so, is it the best possible outcome?

The following is my attempt to, as Donna Haraway put it, “stay with the trouble.” Without romanticizing an idealized, indigenous past or advocating for a techno-fixed future utopia, I want to stay with the tricky dynamics and implications of monetizing the medicine and its accompanying shamanic practices.

The Price of a Silver Bullet

I first heard about ayahuasca when I was seventeen, not long after I swapped a crumpled bill for a fake ID behind a coat rack in Bloomingdales. Within weeks of attaining my counterfeit license to the adult world, I was caught in the matrix of underground Burning Man parties in all of their weird, electric, neoshamanic grit and glory.

Now and then I’d hear a reverential comment alluding to the world of Amazonian shamanism. Then, the word ayahuasca was rarely spoken out loud (think Voldemortin Harry Potter). It was uttered only in the company of close friends in whispers.

In the past decade, interest in the sacramental brew has skyrocketed in North America and Europe. Mainstream media outlets like The New York Times, The Guardian, Vice, and The Wall Street Journal feature gonzo reports from journalists’ ayahuasca (mis)adventures. Last weekend I watched on as a young woman theatrically reenacted her ayahuasca ceremony on the subway, pantomiming nausea and the panicked shaman’s gestures.

As the founder of the International Center for Ethnobotanical Education, Research & Service  (ICEERS) Benjamin DeLoenen put it, “the genie is out of the bottle, and it’s not going back in.” Ayahuasca, also known as “hollywood’s hip, heavy hallucinogen” or “the latest craze among Silicon Valley entrepreneurs” has gone mainstream.

But tongue-in-cheek reportage tends to write the brew off as just another way to get high. And for some gap year backpackers, it may be. Meanwhile, sensational stories portray ayahuasca as a silver bullet; a cure for all ails under the sun.

Much is obscured in the blinding light of the ayahuasca boom. Indigenous communities like the Cofan, the Shipibo-Conibo, the Ashaninka, or people whom I have visited, the Secoya, are too often situated just as accessories in mainstream narratives. Meanwhile, scientists seeking to ‘legitimize’ the brew are required to measure, calculate, and control ayahuasca, abstracting it from its holistic cultural context.

Increasingly, traditional healers, indigenous activists, researchers, and concerned ayahuasca drinkers recognize the commodification of ayahuasca tends to trivialize it, whilst infusing the brew with tinges of the bitter legacy of commodity extractivism, appropriation, and colonialization.

Maybe at this point, narratives which gloss-over the history and socioeconomic dynamics of ayahuasca’s globalization may, despite good intentions, actually do more harm than good. I think there’s much to be gained from a critical conversation about zealous marketing tactics of ayahuasca entrepreneurs and spirit-peddling of neo-shamans qua charlatans. Critique creates breathing room for different perspectives, rendering systems and social movements more resilient than they were before. Every year flocks of tourists travel to ayahuasca retreat centers in Peru to try ayahuasca. Most are located in or nearby Iquitos — the mecca of the boom. Retreat centers’ websites (all in English) advertise simultaneously ‘luxurious’ and ‘authentic’ experiences, with slideshows of beds canopied in gauzy mosquito nets, tropical flowers, local villagers and the vine. Of thirty search engine optimized retreat centers I analyzed on Google, I estimate the average cost of an all inclusive nine day retreat is $1,454 USD (with one package soaring up to $3,490 for just two ceremonies). Now add the price of flights to and from the Amazon.

Despite it’s precarious legal standing beyond rainforests (Psychotria viridis contains N, N-DMT, a Schedule I substance) on any given weekend dozens of ceremonies are held in metropolitan hubs like San Francisco, New York City, London, Paris and Tokyo. Rumor has it some ayahuasca servers charge up to $1,000 USD per night for an ayahuasca ceremony (while others charge $100 on a sliding scale).

The history of foreigners profiting from ayahuasca likely began in 1986, with the American entrepreneur Loren Miller’s legal battle to patent a variety of B.caapi (a move which the Coordinating Body of Indigenous Organizations of the Amazon Basin compared to patenting the eucharist).

More recently, a Los Angeles based hair care brand launched their ayahuasca-infused hair treatment (which an Ecuadorian friend of mine described as sacrilege). At psychedelic trance festivals in Europe, you’ll find slices of laminated ayahuasca roots designed for use as coasters or pendants. In the bustling Belén market of Iquitos, you can purchase bags full of shredded ayahuasca vines, and the brown brew ready made in Coca-Cola bottles. And if you’re into it, you can even invest in AYAcoin, a cryptocurrency developed just for funding the creation of ayahuasca healing centers (because, you know, monetizing everything via blockchain technology will save the world).

As the medicine is increasingly subsumed in a for-profit economic framework, we see emergence of retreat centers with dubious tactics. Take Rythmia, a retreat center in Costa Rica known for their high prices, celebrity endorsements, and aggressive marketing tactics. The other day my friend’s mother (entirely uninvolved with the psychedelic scene) received a flier at her Manhattan apartment offering her a discounted “luxury spiritual vacation” at the “life advancement center,” starting at $299 a night. “How I made $100 million, lost my soul and spent a few thousand dollars to get it back” reads a testimony from its founder Gerard Powell. In other words, if you’ve lost your soul in the process of buying six houses, two airplanes, twenty seven cars and a boat — you can buy that too.

Canadian drug-policy expert Kenneth Tupper has been thinking about the political economy of ayahuasca for a while. When I asked him about his thoughts on the transforming demographic of ayahuasca users, he put it clearly: “ayahuasca drinking, in a number of respects, has become a bourgeois phenomenon.”

Indeed, the price of an ayahuasca retreat in Peru is worth the average American’s earnings for half a month of full time labor. The numbers leave little room for doubt: for foreigners, access to ayahuasca ceremonies is a privilege of the wealthy.

“Ayahuasca tourists are primarily white, urban, relatively wealthy, well-educated, and spiritually eclectic outsiders” explained Stephan Beyer in his masterpiece book, Singing to the Plants. “The experience takes place outside of the context of an long-term involvement with the struggles of the indigenous community from which the shaman comes.”

Beyer’s sentiments are echoed by the Lima native Jorges Hachumak, a soft-spoken qigong master and vegetalista (plant medicine healer) living by a tributary of the Amazon River south of Iquitos. On a rainy morning in New York City, Jorges and I sat on a park bench and talked about how ayahuasca use has changed over the years. Jorges lamented the overflow of ayahuasca tourists, calling the trend “industrial plant-taking”:

“They’re completely unaware of the destruction they are producing, and they’re not even taking the plants in the proper way, which is not like fast food. You have to stay… before and after, and build a bond with the shaman. Not come and have somebody who arrives with feathers on their head and shakes their hand half an hour before and doesn’t even know the name or the story of people. That’s a crime what they are doing. Of course, the spirits are not happy with that.”

The question of ayahuasca’s sustainability is contested territory. In a report for chacruna.net, Kerry Moran investigated the rumors of ayahuasca’s extinction in Pisaq, Peru. In the article she interviews Carlos Suarez Alvarez, who says it simply wasn’t the case. “No way. That’s simply not going to happen. First of all, because there are lots of plantations going on—people have seen that it’s a business and are starting to plant. It’s become a cash crop. And everyone is absolutely clear about it and a lot of people are starting to grow.”

While plantations may be sprouting up by retreat centers, B.caapi vines mature after about four years. In the meantime, foraging is the pervasive method of extraction to meet the demand.

I remember Jorges lovingly describe a several hundred year old vine, which villagers cut from after sitting upon the roots and singing to the plant. “They shake it and then a piece falls down – that’s the piece the plant has offered.” His voice quivered as he told me someone came the middle of the night and hacked the vine “down to the roots.”

To date, no quantitative studies confirm or deny the status of wild ayahuasca vines. But for Jorges and others, the reality is that wild, old B.caapi is harder to come by, disappearing at the expense of tourists’ pursuit of higher states of consciousness.

Granted, this may seem like a pedantic focus when considering the massive scale of industrial deforestation and land degradation in the Amazon. But there’s an opportunity for the ayahuasca boom to increase awareness of the impacts of these extractive industries. As MAPS policy advocate Ismail Ali wrote in an earlier conversation on social justice and psychedelics, “With the psychedelic renaissance in full swing, we have an opportunity to recreate social dynamics…in a way that is authentically transformative.”

The Rainforest Foundation reminds us that supporting indigenous communities is the most effective way to stop deforestation. Lands managed by indigenous communities assume quantitatively higher rates of carbon sequestration and lower rates of deforestation, while producing more than twenty percent of the earth’s oxygen. In other words, the integrity of the Amazon and its inhabitants is an issue of global importance.

What if the ayahuasca conversation was paired with commensurate emphasis on environmental stewardship, supporting food and energy sovereignty, intercultural reciprocity and solidarity? Could authentic, large-scale transformation look like collaborating with communities to protect and expand national parks, demarcate indigenous territory, and help fight environmental justice battles?

I don’t subscribe to the idea that individually-focused healing with ayahuasca will solve socioeconomic disparity and environmental destruction. But I do have faith in its ability to reveal new perspectives, show us our shortcomings and inspire us to improve. If we can cast our gaze beyond our individual issues, and towards wellbeing of the entire organism, Earth, and the extractive economic operating system, this is where I suspect truly transformative psychedelic spirituality begins. 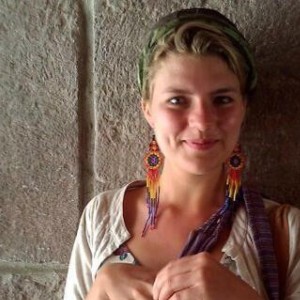