How a story of drugs, rape, and captivity, became a story of gratitude.

You got me begging you for mercy. Why won’t you release me. Yea, you remember the tune. “Mercy” is the name. The 2008 musical hit by singer, Duffy takes on a whole new chilling meaning now that she has set herself free and found gratitude.

But whatever happened to that songbird?

Now 35, that jazzy bluesy voice of a petite Welsh singer from over a decade ago, has revealed harrowing details of a four-week ordeal during which, she said, she was drugged, held captive, and raped. Leading her into a self-imposed exile from public life in 2011.

In a lengthy blog post on Sunday, Duffy wrote that she wanted to share her story during the coronavirus pandemic in the hope that her words serve as a momentary distraction or maybe even some comfort that one can come out of darkness.

This is an excerpt from her full story. And a somber reminder that in order to be free, we must find the gratitude for our traumas. It’s worth noting that this is why wounded people are attracted to certain psychedelics. In some cases, they can act as an express train through the wilderness of one’s own trauma. And the final stop? Gratitude. If you can find the gratitude in your trauma, you can heal. And a wounded healer can help others do the same.

There is a real science to being grateful. Research shows that gratitude can heal your body, mind, and those you are grateful to.

But how can you find gratitude for something as awful as rape? In Duffy’s own words …

It was my birthday, I was drugged at a restaurant, I was drugged then for four weeks and travelled to a foreign country. I can’t remember getting on the plane and came round in the back of a travelling vehicle. I was put into a hotel room and the perpetrator returned and raped me. I remember the pain and trying to stay conscious in the room after it happened. I was stuck with him for another day, he didn’t look at me, I was to walk behind him, I was somewhat conscious and withdrawn. I could have been disposed of by him. I contemplated running away to the neighbouring city or town, as he slept, but had no cash and I was afraid he would call the police on me, for running away, and maybe they would track me down as a missing person. I do not know how I had the strength to endure those days, I did feel the presence of something that helped me stay alive. I flew back with him, I stayed calm and as normal as someone could in a situation like that, and when I got home, I sat, dazed, like a zombie. I knew my life was in immediate danger, he made veiled confessions of wanting to kill me. With what little strength I had, my instinct was to then run, to run and find somewhere to live that he could not find.

The perpetrator drugged me in my own home in the four weeks, I do not know if he raped me there during that time, I only remember coming round in the car in the foreign country and the escape that would happen by me fleeing in the days following that. I do not know why I was not drugged overseas; it leads me to think I was given a class A drug and he could not travel with it.

After it happened, someone I knew came to my house and saw me on my balcony staring into space, wrapped in a blanket. I cannot remember getting home. The person said I was yellow in colour and I was like a dead person. They were obviously frightened but did not want to interfere, they had never seen anything like it.

Thereafter, it didn’t feel safe to go to the police. I felt if anything went wrong, I would be dead, and he would have killed me. I could not risk being mishandled or it being all over the news during my danger. I really had to follow what instincts I had. I have told two female police officers, during different threatening incidents in the past decade, it is on record.

Rape is a brain injury

And as I grieved what ‘I must have done to invite this into my life’, I read something that said, “in the end, it’s never between them and you, it’s always between them and God”. That helped me a lot in the absence of justice.

I came back to Wales recently, I stood and looked at the sea and felt a part of me breathe again, I had distanced myself from it all. Then the catalyst I mentioned, being told “most men would run a mile”, made me face the fear of it not hindering my romantic life. Ironically rape is not only a sexual assault, it’s a brain injury … and although I may sometimes get frightened still, it has nothing to do with love.

Ostracization and isolation is known to be a form of torture. If anyone would have told me I would share my times of isolation, with a nation isolated, I would never have believed them.

What I can share though, at this time, during this shared experience is the science. The brain’s ‘dorsal anterior cingulate cortex’, which registers physical pain, is activated when we are isolated.

Knowing the mind’s science enables you to manage it. And isolation is a small price to pay for saving lives, therefore we must be strong in the face of it. This demands us all, as one, to act for each other; never has mindfulness been so vital as it is now.

If you are reading this and are sad my encouragement to you is that … to know pain, you must first know how to love. Only the absence of love causes pain. So, go find it. Seek love in everything, even in a teacup. – Duffy 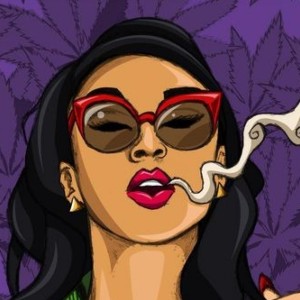 Jackee and Dr. Cook chronicle their respective experiences during the COVID-19 epidemic as friends but also as doctor-patient.