Naturally High: How Mindfulness Can Help with Isolation Buddhist monks have been doing it for over 2000 years. However, only recently have its benefits on mental health been proven scientifically. That’s right, the practice of meditation is a great self-remedy that can help you achieve a sense of relaxation, safety and even a natural high.

Mindfulness is the practice in which one becomes at peace with the present. This ability to be present at the moment is a process, based on a psychological mechanism that enables a person to bring their attention to their surroundings and experiences lived at the time.

In the Buddhist faith, mindfulness is considered to be an antidote to delusion. Furthermore, it is part of the seven-factors of enlightenment, thus contributing to reaching nirvana. Nirvana is the most desirable state in which the effects of karma are released, and the subject experiencing it does not feel any desires, nor suffering and sense of self. Someone who has reached nirvana is also freed from the cycle of death and rebirth.

Spending long periods of time in isolation, whether that’d be alone or with other people, can be an experience quite opposite to reaching nirvana, to say the least. If this pandemic has led you into feeling more stressed and anxious or even depressed, do not worry. This has become the new norm for many. However, the current lack of freedom you might be currently conflicted to doesn’t have to impact your mental health in such a negative way.

As your mind always finds a way to “fill in” the free space, when left several weeks with nothing to do, you will naturally, out of pure boredom, start to worry about things you normally wouldn’t have so much time worrying about. Luckily, mindfulness could help you relieve these negative manifestations.

Sarah, a 25-year-old Buddhist, has been practising the faith for the past 4 years. Although she grew up with Buddhism, her Danish and Thai background has made her free to identify with the religion she wanted. Whether that be protestant, Buddhist or even atheist. Now, Sarah practices the religion who she has inherited from her Thai mother.

She has agreed to explain how mindfulness has helped her cope with the pandemic and isolation: “Practising mindfulness during lockdown made me understand that life is much more than what we produce and think we are. We just are and that is enough.”

Sarah’s positivity could be explained by research studies on meditation, which have shown that mindfulness can boost your endorphins levels, as well as helping you sleep better, relax and manage your stress levels. This can often result in giving you a natural high, similar to the one you would get from a “runner’s high” after a good workout. Thanks to mindfulness, Sarah has come to accept the lockdown and can fully embrace the present.

Mindfulness is an accessible meditation method. All it requires is a comfortable place to sit and take a deep breath before closing your eyes and become one with your surrounding. Drop into being naturally high with meditation during your isolation. 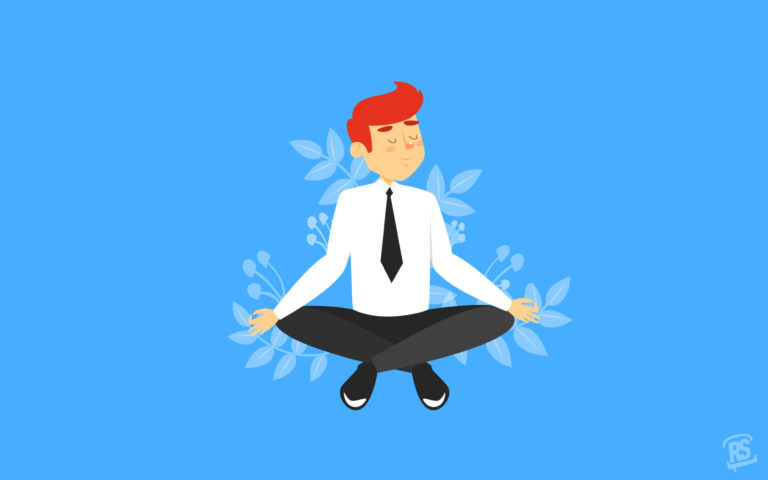