In a study entitled Ayahuasca compound changes brainwaves to vivid ‘waking-dream’ state published in November 2019, researchers from Imperial College London shared fascinating discoveries showing how the psychoactive ingredients found in ayahuasca impact the brain’s electrical activity. These findings could help researchers to get closer to discovering the relationship between brain activity and consciousness. The study reveals a fascinating insight into the unique effects of DMT.

What is Ayahuasca and What is DMT?

Ayahuasca is a traditional psychedelic “tea” that Amazonian shamans make. It consists of a combination of the stalks of the Banisteriopsis caapi vine and leaves of the Psychotria viridis shrub. Psychotria viridis contains DMT, a chemical also found in small amounts in the human brain and a variety of plant and fungi species around the globe. Today, people still brew ayahuasca in the traditional method in areas of the Amazon and throughout South America for shamanic rituals. Individuals around the world also use it for recreational purposes.

Users associate DMT (dimethyltryptamine) with vivid and immersive hallucinations, sometimes comparing the experience to dreaming while awake or having a near-death experience. Though similar in chemical structure to most other hallucinogens and psychedelics, DMT is unique in creating extra vivid visual hallucinations.

Some individuals have reported experiencing extreme changes in perspective, having profound spiritual experiences, or conversing with beings from other dimensions like Machine Elves. The hallucinogenic effects of DMT are known to last anywhere from 5–30 minutes. However, as with other psychedelics, this may be due to residual aftereffects.

Researchers from the Centre for Psychedelic Research at Imperial College London conducted the study. They sought to explore why people taking DMT experienced such intense visual hallucinations. Researchers were interested in discovering both how DMT affected waking brainwaves, and how brainwaves affected consciousness.

The researchers set out to assess the effects of DMT on human consciousness. They administered 13 participants with an intravenous infusion of DMT in a controlled clinical research facility. Then they gave each participant a large enough dose to create a psychedelic experience lasting around 10–15 minutes. They also fitted each participant in the study with an electrode cap. This device measured participants’ electrical brain activity before, during, and after the DMT experience.

Researchers monitored the participants in a safe, controlled environment, capturing EEG measurements throughout the psychedelic experience. Results were then assessed to determine the similarity of DMT’s effects to those of other psychedelics. In addition, the researchers were observing how participants’ brainwaves changed. Their purpose was to further understand the experience of individuals that take DMT.

Based on the measurements taken of participants’ brainwaves during the trial, DMT changes electrical brain activity. Most often, researchers observed a drop in alpha waves, which are the brain’s dominant brainwave rhythm when awake. A simultaneous increase in theta waves—the type of brainwaves associated with dreaming—indicated that previous descriptions of DMT’s effects feeling like a “waking dream” may be more accurate than previously realized.

Despite displaying theta brainwaves, participants remained conscious and awake throughout the trial. They showed signs of chaotic and unpredictable brain activity, something that is uncommon in deep sleep.

“We saw an emergent rhythm that was present during the most intense part of the experience, suggesting an emerging order amidst the otherwise chaotic patterns of brain activity. From the altered brainwaves and participants’ reports, it’s clear these people are completely immersed in their experience—it’s like daydreaming only far more vivid and immersive, it’s like dreaming with your eyes open.”

Next Steps and Future Research Paths

More research is necessary to determine the possibility of using DMT in potential clinical trials. Researchers from the Imperial College London’s Centre for Psychedelic Research intend to continue their work by delivering future infusions of DMT to study participants. This will help them to extending the psychedelic experience and create more data for analysis.

In the future, the team hopes to use other means of measuring brain activity to assess which regions of the brain DMT most affects. This could involve the use of technology like an fMRI, which would allow researchers to watch the physical response of the brain during a psychedelic trip. Considering the drug’s intense visual hallucinogenic effects, researchers suspect key involvement of the brain’s visual cortex. 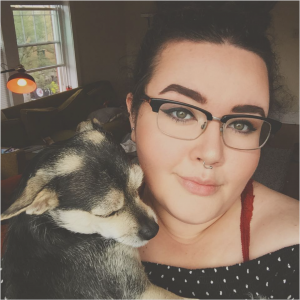