Have a Good Trip is exactly that, a good trip.   This documentary film directed by Donick Cary (Silicon Valley), came at the perfect time.  An intersection where psychedelics are hitting the mainstream and people are still locked in their homes with plenty of time to watch the top ten Netflix Original series.

Celebrities Having a Good Trip

I lost count after 17 or so celebrity appearances, from Nick Kroll (Joshy) to Will Forte (Life of Crime).  As far as documentaries go, this is more of a ride, or a trip, than a scientific and informative piece.  Which is very on brand for the setup of the film, starring Nick Offerman (The Little Hours) in a lab coat, playing your host.  Early on in the film, he poses the question: “What kind of person would put themselves through something dangerous and hilarious?”  This statement is the backbone of the film, which, is essentially a mash up of trip stories, tips and wisdom from a wide net of celebrities ranging from the late Fred Willard, may he rest in peace, to Deepak Chopra, one of the best known figures in alternative medicine of our time.  If you are looking for an informative documentary on specifics behind mind altering substances, this is not it.  If you are looking for an hour and a half of quality entertainment and hilarious acid stories from Carrie Fisher whom the film is dedicated to, or a bad trip story from Ben Stiller, this is your movie.

The comedic format of Have a Good Trip mixes mediums from talking-head style documentary to full blown psychedelic animations, by Sugarshack Animation.  The film sprinkles in fun interludes and retro re-enactments ala the 90’s DARE ad’s, such as one segment hosted by dead pan artist Adam Scott, called “Bad Trip” where he gives a PSA in the park on the many dangers of taking psychedelics.  One Amazing re-enactment of a crazy tale told by the late Anthony Bordaine, whom the film was also dedicated to, and acted out by “Workaholics” stars Adam DeVine and Blake Anderson, will have you on the edge of your seat.

Another film highlight, is the trippy tale of Sting joining a peyote tribe, blindfolded on massive amounts of peyote in Mexico during Halley’s Comet.  The soundtrack flows seamlessly throughout the film, so it’s no surprise that the film’s music is credited to the popular band, Yo La Tengo.

Ben Stiller is a Producer on the film, which explains the onslaught of A-list talent.  These appearances and interviews serve as a sacred bond amongst thought leaders, taste makers and comedians.  This unity was the coolest aspect of the film, in my opinion, and a true testament of the times.  Now that the general public has pushed marijuana laws, some areas like Santa Cruz in California are decriminalizing psychedelics as well.  It is important for the masses to see these lovable characters unite to speak about their experiences in psychedelia from DMT to LSD, breaking the law essentially, in the name of beneficial experiences and mind expansion. 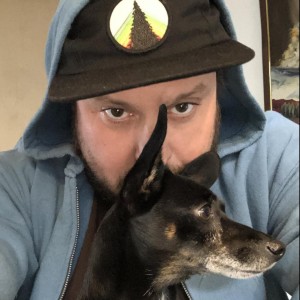