Unaware of the fiery forest for the sizzling trees with succulent fruits, humanity is steeped in the nectars of sense pleasure. Intoxication with Samsara* runs deep yet passes unnoticed. The distractions are more heady and enchanting than fathomable. “To people given to desire, intent upon desire, delighting in desire, the law of causality and the chain of causation will be difficult to understand.” –Sakyamuni Buddha, The Dhammapada

Doing without international bestsellers of vanity, pride, envy, hatred, sex, aqua vitae, tobacco, meat, caffeine, and that sweet venom sugar is challenging enough. Worldly attractions are infinite and infinitely seductive yet can be grimly subtle. The labyrinth has walls undetectable to the senses—the maze cannot be believed when it cannot be seen and touched.

How to proceed through Samsara’s imperceptible labyrinth? Knowledge is more accessible than ever yet outweighed by a tide of misinformation. Online misquotes of Buddha are common enough that a website (www.fakebuddhaquotes.com) is devoted solely to redressing them. Going online to find spiritual guidance is hazardous. The new media conveys earthly agony and ecstasy around the clock.

Society is left breathless against an unyielding basting of the senses. Across the planet the soothing blaze of Maya** glows dimly off the faces of people scanning electronic devices. An ocean of virtual waves plunges net surfers into a cybernetic undertow. Humankind skirrs along while on permanent vacation in Maya — Home Sweet Home Samsara. Rare is recognition of bondage and rarer still a glimpse of liberation and most exceptional, the wherewithal to trek to liberty. Humanity is over-satiated at the Samsaric buffet but unwilling to step away even from more of the same-same on repeat cycle.

Yet nothing can halt aging, ill-health and eventual death. Ignore it (for a while) by diving deeper into transitory pleasures, or fight futilely— preserving youth as if fruit in a jar. If we just consume the choicest foods, fresh herbs and nutritional supplements, and exercise in trendy modes, daub cream over wilting skin and sleep well — making sure to do it again when the alarm sounds tomorrow. Eventually, life is swallowed up by time and spit out into death’s indifferent abyss. It happens in the face of healthy augmentations — visualizing our brains into spasms of success while drinking heaps of wheatgrass juice and kombucha-tea sprinkled with organic toppings (impervious to civilization’s 12,000+ year parade of death before us). “So we beat on, boats against the current, borne back ceaselessly into the past.” ― F. Scott Fitzgerald, The Great Gatsby

Delusion and its henchman, the ego, are lugging humanity on a journey through desolate regions…and back, again… infernally. Samsara’s wayfarers cycling back again and again, lifetimes upon lifetimes.

Is there release? Ramakrishna advised, “Do not seek illumination unless you seek it as a man whose hair is on fire seeks a pool of water.” It is a preliminary caution, partly of the dangers of being side-tracked and more attached to the ego through incorrect practices. Nowadays, enrollees in mind-body programs including so-called Buddhist meditation and Hatha yoga are more apt to boost their egos – disturbingly, this is the precise opposite of these original practices for transcending ego.

Advisory: experiencing the polar opposite of the original aims of Buddhist meditation and Hatha yoga (i.e., a swelling ego) ought to be a signal flare that something is amiss, the ship is off course. Yet practitioners seem inclined to bend the teachings in their favor rather than right the ship.

Nowadays, the Middle Path is often quoted by people wishing to get away with something. ‘I will only have half a bottle of wine rather than the whole bottle—you know, the Middle Path.’ ‘I will only sleep eight hours instead of nine, the Middle Path.’ Comparatively, the Middle Path undertaken by the Buddha was extremely austere by modern practices (e.g., no alcohol, no sensual indulgence, no food after midday and so on). It was a path between self-mortification and self-indulgence undertaken to assist dhamma***…not an excuse to indulge ‘a little bit’. Freewheeling modern practitioners seem to mould dhamma to suit their fancies more than mould their fancies to it. Creating one’s own personal Buddhism, personal yoga, personal interpretations without relying on original teachings seems to be putting people off course. There is a need to return to fundamentals as they were originally taught, not as people might want them to be taught.

The yamas and niyamas**** and the original Buddhist precepts are a foundation without which correct practice is considered untenable. Nowadays, most people seem to feel free to follow teachings in their own way and measure and fudge them as they like. In so doing, they lose much of the original intent and effect. Despite our best understandings and knowledge we might be making systematic, fundamental errors. Intoxication blinds humanity to seeing beyond the infatuation with Samsara and allure of the body and mind.

Beyond correct practice, can motivation for proper practice be found when Samsara’s flames flicker cozily in a world fabricated upon a foundation of illusion using building blocks of illusion? Only a few sentient beings have traversed Maya, the rest of humanity is head over heels in a spicy affair, entrapped within a ceaseless labyrinth.

“Damn it! How will I ever get out of this labyrinth!” – final words of Simón Bolívar (a liberator of Latin America but apparently not his own self)

‘Doing nothing’ at least mentally is an advanced state. In the beginning, straightforward and simple practices outlined by Sakyamuni Buddha, Patanjali and others, if done properly, lessen the stranglehold of the ego and allow breathing space to gather one’s thoughts. Eventually, this leads to doing less and less with the mind, less internal chaos. Practitioners following these simple yet direct and original teachings might then find a path. Ultimately, they might find a way to an unobstructed mind doing nothing (i.e., creating no new karma). Until then, humans are unsuspecting hostages in an intoxicating circus that is as irresistible as it is endless.

“Death overtakes the man
Who gathers flowers
When with distracted mind and thirsty senses
He searches vainly for happiness” –Sakyamuni Buddha, The Dhammapada

When is enough enough? Like a delicious supper, it eventually becomes time to thank the host and exit the premises once and for all rather than waiting round for more and more, more of the same-same, not different. Regardless of the endless variety, the cycle repeats— birth, death, birth again…desire, seek, satisfy…desire again. Is it possible to feel the completeness of the Samsara experience, be grateful for it and step away? This is not aversion to Samsara. It is simply seeing things as they are–observing the state of things as they really are–and deciding that continued participation is not for you anymore; it is not beneficial to anyone involved, namely you. “All conditioned things are impermanent — when one sees this with wisdom, one turns away from suffering. This is the path to purification.” –Sakyamuni Buddha, The Maggavagga Sutta

The journey awaits. How long it takes is up to us. An advance party has shown the way, radiant footprints in the sands of time in Nepal and India. The original teachings starting with the precepts, the yamas and niyamas, samatha meditation***** , vipassana meditation****** and eight-limbed yoga (and other methods and means) are at the trailhead for a path leading out of the blazing forest. Good speed and please save a seat for me in Nibbana –seems I will be a while getting there.

“For countless ages I have enjoyed sensual objects of sight, sound, taste and touch in all their variety and they have not satisfied me. Realizing this, I will embark on the raft of dhamma.” –Prince Siddhartha Gautama, reported to have said to the sentry at the eastern gate of the royal compound as he departed once and for all.

*Samsara — the repetitive cycle of birth, life and death (as compared and contrasted with Nibbana)

**Maya — the World of Illusion

****yamas and niyamas — ethical restraints and observances for right living

All photos by Alonzo Lyons 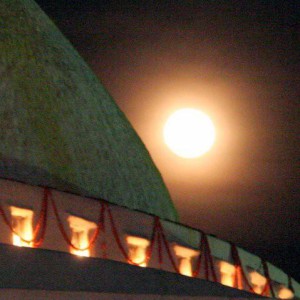