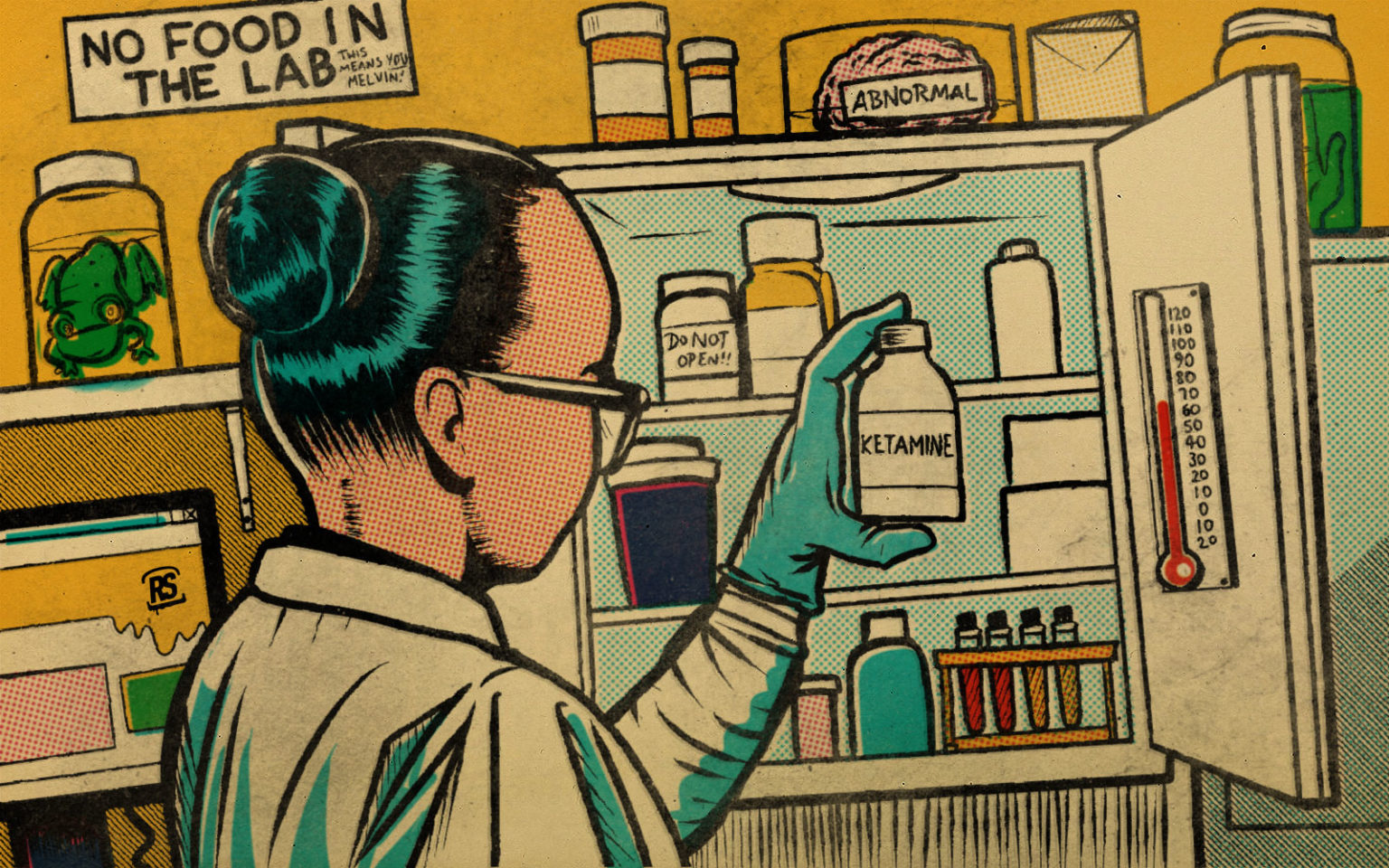 When acquiring medicine from the drugstore the storage conditions which are defined on the label are often overlooked. However, those conditions can determine the potency and accuracy of the medication. These same guidelines apply to the popular anesthetic, ketamine. The following paragraphs will be discussing how to store ketamine and how neglecting to follow storage guidelines may destabilize its active components, leaving it inactive.

Hopeful psychonauts worldwide are venturing out to experience ‘special k’ and what it has to offer. With mainstream support, psychedelic substances are becoming a more common tool for various treatment-resistant mental health ailments. While most psychedelics are still not federally legal, there are ways individuals can acquire certain substances like ketamine. To get the most out of it, it’s important to know how to store ketamine the right way.

Read next: Where on Earth are Psychedelics Legal?

The concern regarding temperature and climate controls with medication storage is a breakdown and/or decomposition of the drug and its active components or functional abilities. Extreme temperatures can cause significant degradation of medications from chemical reactions such as oxygenation (air) and hydrolysis (moisture).

It’s crucial to properly store ketamine because it is a synthesis of multiple active chemical compounds that naturally react and change with extreme elements. When one of the compounds shifts, it affects the entire makeup of the drug, resulting in the inaccuracy and consistency of the drug functions. If left stored in an uncontrolled environment, the damage is irreversible. So, what are the best conditions to avoid this?

Intranasal and intravenous infusion are the two most common types of ketamine, and will be the ones we address regarding ketamine storage.

Ketamine consumers often do the intranasal route in both recreational and medical settings for racemic ketamine and Spravato, respectively. Recreationally, powdered ketamine is insufflated at a common dose of ketamine ranging from 30–75 mg. On the other hand, individuals administer Spravato as a nasal spray in medical settings in a fixed dosage of either 54 or 84 mg. This corresponds to two or three insufflations, given intermittently in two-hour visits, one to two times per week.

In regards to intranasal, the main environmental factors that impact storage include temperature, light, humidity. Generally, ketamine is best stored at a controlled room temperature, which will be in the range of 68 and 77 degrees Fahrenheit. Extreme temperatures can cause medications to spontaneously decompose, reassemble, or react with air, contaminants, or a drug’s otherwise inactive ingredients.

The most common consumption method of ketamine is via an intravenous infusion in the treatment of severe depression. It’s been known to produce potent antidepressant effects within hours, which can endure for several weeks. For depression, health practitioners typically administer racemic ketamine intravenously at a dose of 0.5mg/kg over approximately 45 minutes. Typically, IV ketamine therapy consists of six ketamine infusions, spaced out over two to three weeks.

In regards to intravenous infusion, Creighton College did a study on the expiration date and the proper storage temperatures of a ketamine infusion, or in their words, a cocktail—since this typically includes a variety of other medications, like lidocaine and magnesium. The study, however, was tried on mice so their concoction included veterinary substances, such as xylazine.

“The expiration date for the cocktail is determined by whichever of the components expires first.

The best practices for how to store ketamine and other synthesized powdered drugs include:

An average, solid, airtight pill bottle would meet the above requirements. For instance, a generic ibuprofen bottle from the drug store will do. Keep this bottle in a controlled room in your home. A common example of an uncontrolled temperature is an unattended car. The extreme temperature shifts that occur in a car are a sure fire way of altering the chemical makeup of your medicine.

All drugs in a pharmacy have a shelf life and expiration date, and ketamine is no different. For those partaking in the intranasal method, ketamine is designed for short-term, immediate consumption, especially when in an uncontrolled temperature. For short-term use, best practices are to keep ketamine in a clean, dark, air-tight container. Those who like to store in a little plastic pinch bag, should take extra care and double up by putting the bag in an air-tight container.

Thanks to the festival scene, people get creative with their storage when using ketamine recreational purposes. It’s common to see people getting creative with their clean, dark, airtight containers. It’s not recommended to keep your K in a wallet, or in similar conditions, due to the friction in such a place.

Even under careful conditions, ketamine’s chemical effects aren’t designed to last forever. By following the storage rules, ketamine should last long-term for up to six months when storing for intranasal use such as powder or nasal spray. After six months, ketamine will begin to expire and lose potency and some of its healing qualities.

It’s recommended, similar to the short term, to keep your ketamine in a clean, dark, air-tight container. Once inside a container, ketamine can live in a medicine cabinet. As mentioned above, ketamine is best stored between 20 to 25 degrees Celsius and away from too much natural light.