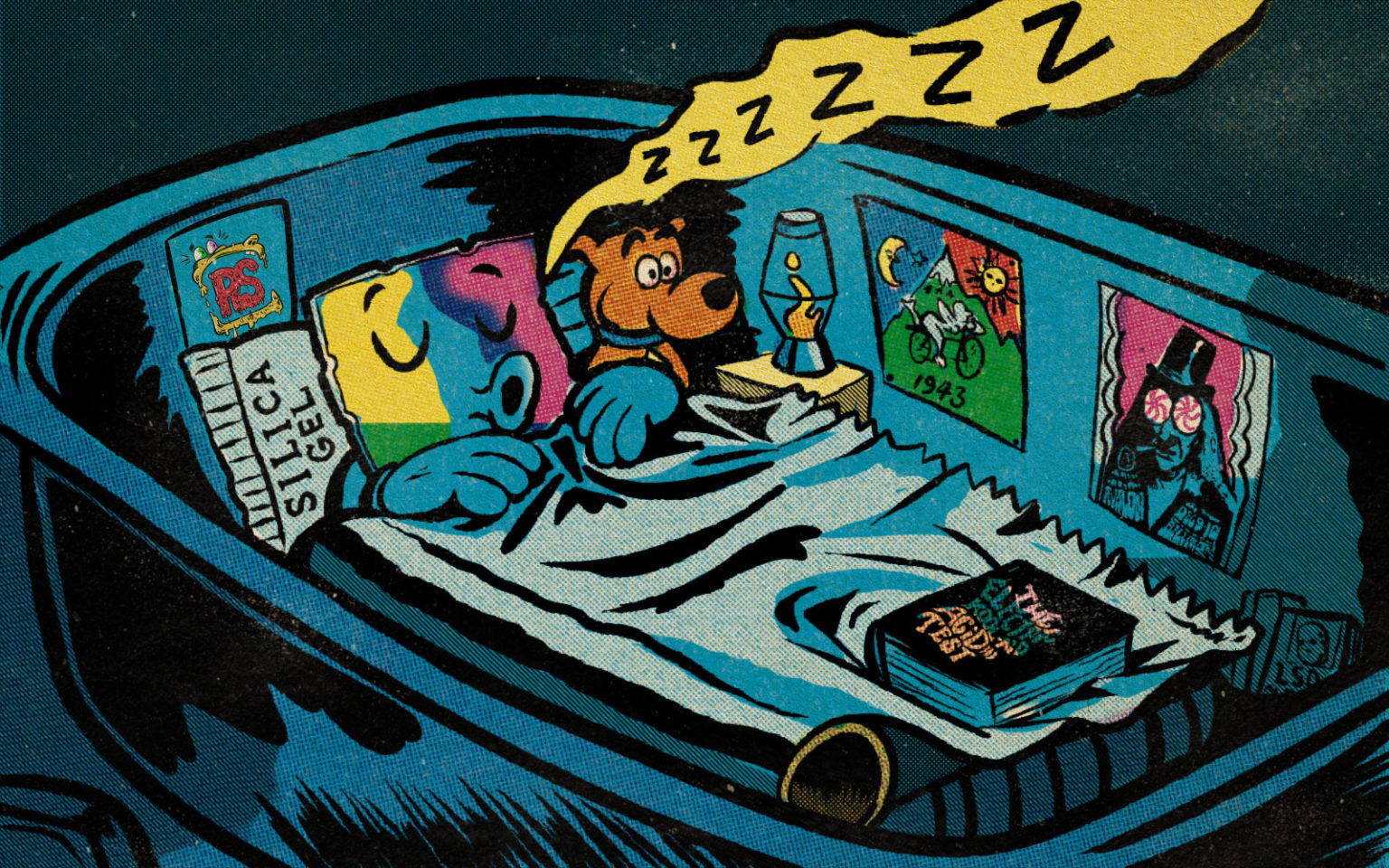 In both synthesis and in storage, LSD, or lysergic acid diethylamide, is known to be a very sensitive compound. LSD is derived from ergot, a fungus that grows in grains of rye. Like other ergot alkaloids, LSD is susceptible to degradation under a handful of environmental conditions. By understanding how to store LSD and minimizing the impact of these conditions, you can significantly extend the shelf life of LSD.

When LSD is stored in salt form (tartaric acid salt of LSD) in oxygen-free ampules away from light, it is stable indefinitely. Unfortunately, these conditions are usually just achieved in the lab or research environments. So then, what storage conditions impact LSD’s potency the most? This article looks at why proper LSD storage matters and how to store LSD depending how LSD is made. As explained, it’s possible to significantly extend LSD’s shelf life with just a few common household items.

As Dr. Albert Hofmann, Swiss chemist and discoverer of LSD, states in his autobiography LSD: My Problem Child:

“If most black market LSD preparations contained less than the stated quantity and often no LSD at all, the reason is either deliberate falsification or the great instability of this substance. LSD is very sensitive to air and light. It is oxidatively destroyed by the oxygen in the air and is transformed into an inactive substance under the influence of light. This must be taken into account during the synthesis and especially during the production of stable, storable forms of LSD.”

In particular, fluorescent light and direct UV light from the sun will rapidly degrade LSD, catalyzing the formation of an inactive compound known as lumi-LSD. In addition to oxygen and light, LSD is sensitive to four other factors: heat, moisture, pH and chlorine. Heat and moisture hasten the degradation of LSD by accelerating chemical reactions that break down the molecule (such as oxidation with air or hydrolysis with water).

Under highly acidic or alkaline conditions, LSD will epimerize to iso-lysergic acid diethylamide, which is biologically inactive. Chlorine is one of the most degrading factors — destroying LSD on contact even at the tiny concentrations found in tap water. For this reason, LSD should never be dissolved in tap water.

With some background on why the proper storage of LSD is so important, there are optimal conditions for preserving LSD at its maximum potency.

Over long periods of time, LSD will slightly degrade at room temperature. But according to a study from 1998 quantifying the impact of storage conditions on LSD, room temperature results in no significant loss in potency when stored on a short-term basis. Indeed, the researchers found that LSD stored at 25°C did not lose any potency after four weeks.

However, when the LSD was incubated at 37°C and 45°C for up to four weeks, they observed a 30% and 40% loss in potency, respectively. Overall, these findings suggest LSD is semi-stable at room temperature, but potency degradation is enhanced considerably with increasing temperature.

LSD should be stored in a cool environment away from any heat sources such as direct sunlight, space heaters, etc. Preferably, storage should be kept at temperatures below 25°C. With all other storage factors controlled, degradation is quite slow at room temperature, so this is well-suited for short-term storage. For long-term storage, LSD can be stored in the freezer or refrigerator to minimize heat-related breakdown.

The best storage conditions, where potency should remain unaffected for many years, seek to minimize exposure to the main four factors: light, heat, oxygen and moisture.

When storing blotter acid, first wrap the tabs tightly in tin foil. This will aid in partially protecting them from light and moisture. Once wrapped in foil, they should be placed in an air-tight container. Ideally, this container is non-transparent so as not to allow any light to penetrate inside. For instance, a dark-tinted glass or opaque plastic container is ideal.

For humid environments, add food-grade silica packets or a similar drying agent to the container to ensure that the LSD does not have any contact with moisture. Adding a weak organic acid, such as ascorbic acid (vitamin C), can also help prevent degradation. For short-term storage, the container can then be placed in a cool, dry and dark location.

The best storage conditions for liquid LSD, used for volumetric dosing, is similar. Liquid LSD stores best in an amber-glass dropper bottle, placed away in a cool, dark location. Typically, liquid LSD is stored in high-proof alcohol (such as vodka), which is freezable as well for long-term storage.

LSD in blotter form is the most stable for long-term storage. When storing for years, choose a cold, low-humidity environment. Since the freezer checks both of these boxes (chilly and low humidity), this is the natural choice for many psychonauts. An air-tight container with a tight-fitting lid or a vacuum-sealed plastic bag are both good choices for cold storage.

Place the air and light-proof container containing the tin-foil wrapped tabs in the back of the freezer. It will remain potent for years when stored in this manner.

It’s important to note that when removing the container from the freezer, be sure to let it warm to room temperature before opening it. Otherwise, condensation can form and introduce moisture into the tabs, which can degrade them.

Short-term storage is a more casual way of preserving small doses of LSD if it’s planned to be consumed or transported in a matter of weeks or months. If storing tabs, can wrap them in tin foil and simply place the tin foil in a plastic bag. After placing the wrapped tabs in the plastic bag, press as much air out of the bag as possible to minimize oxygen exposure. Store the bag away from direct sunlight, excessive heat and moisture.

Apart from plastic bags, store the tin foil-wrapped tabs in a dry book, pill bottle or film canister. The acid can then be placed in a cool, dark location — in the closet, a medicine cabinet or in the refrigerator. Using these methods, many anecdotal reports from psychonauts mention no significant losses of potency for up to a year or longer.

How Long Does LSD Last in Storage?

Overall, there is no set, definite shelf for LSD. The shelf-life depends on the quality of the original product synthesized and the storage conditions that it is subjected to. When protected from light, heat, moisture and air, LSD can last for years, even indefinitely. This is especially the case when stored in an air-tight container, sealed from light in the freezer. The first thing that comes to mind before working out might not be lighting a joint, but what if cannabis was the perfect motivator? Yes, that sounds a bit like an oxymoron, since cannabis gets a bad rap for promoting lazy, forgetful behavior. But that’s old news, and it’s time to shift the paradigm when