The editors of Metapsychosis Journal are excited to announce the “Stranger Things Mix Tape,” a compilation of author J.F. Martel’s essay, “Reality is Analog: Philosophizing with Stranger Things” and the Electric Symposium’s kickoff podcast, where J.F. and fellow editors discuss all things Stranger Things.

But for all the attention it pays to historical minutiae, Stranger Things is conspicuously unconcerned by the digital realities of the eighties. Mike, Lucas, and Dustin, the roleplaying trio of rejects whose search for their missing friend forms the heart of the story, are classic science geeks. One would expect them to be obsessed with computers. Yet the machine that has them salivating at school isn’t a Commodore 64 but a ham radio, an apparatus that could hardly have felt like the cutting edge one year after Tron came out. As a matter of fact, computers are entirely absent from Stranger Things. There isn’t a single Atari console or coin-operated arcade game to be seen. Even the secret government lab where Eleven received her sinister education in the supersensory seems to function without a hint of digital tech, the scientists’ tests being performed on what appear to be analog machines.

It’s a curious omission to say the least, because one of the most compelling aspects of Stranger Things is its obsession with the lost relics of the 1980s. When it comes to technology, however, the show’s interests seem to lie squarely in the objects that preceded the digital revolution foretold by Apple, and the roles those objects can be made to play in the workings of the Weird. That brings us back to the title, and to a different interpretation of its meaning. If we read the first word not as an adjective but a noun, and the second as denoting physical objects rather than events, “stranger things” can signify “things that have to do with strangers,” or more relevantly, things that are themselves strangers to the viewer. In scene after scene, we are shown objects foreign to life in the later information age. Almost by virtue of their having disappeared, these objects seem to acquire an uncanny power in the fictional universe. Jonathan’s Pentax camera can capture the form of the monster in the woods. Boomboxes, ham radios, incandescent light bulbs, rotary telephones, and walkie-talkies can become instruments for communicating with the disincarnate. Roleplaying games (conceived here as virtual machines, different in kind from the video RPGs that would all but replace them in time) can be veritable oracles, imparting knowledge of the occult and allowing their players to imaginatively enact, albeit unknowingly, events destined to happen in the near future. Throughout the show, these props are framed so as to appear as fetishes in the original sense of the term; they are objects of power, “magic items” in D&D parlance. Given the comparatively dull behavior of the real-life devices littering the lives of viewers, it isn’t hard to derive from Stranger Things the intriguing proposition that by estranging ourselves from the technologies of the past, analog technologies, we have lost an avenue into certain obscure regions of the Real. Read this way, the title of Stranger Things echoes a memorable line from the screen adaptation of another work of prophetic nostalgia, J. R. R. Tolkien’s The Lord of the Rings: “And some things that should not have been forgotten were lost.”

Get strange with us. 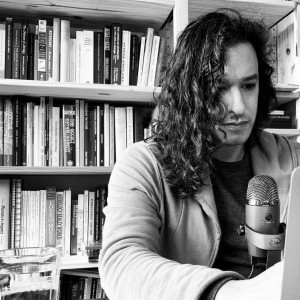