The Trap of Simulation 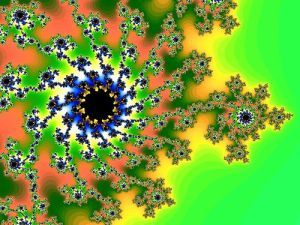 Arcane and remote though it may seem, the Gnostic perspective on nous, or divine intelligence, may offer some ideas for orienting to the noosphere.


Unfortunately, the Gnostic worldview has long been misrepresented and distorted. Christian ideologues who condemned Gnostics as heretics destroyed almost all their writings and represented them as world-denying–as rejecting the material world as a prison where “divine sparks” are captured. (Erik Davis’ Techgnosis, otherwise brilliant, adopts this received view, which some scholars now regard as dubious, if not totally erroneous.) The metaphor of divine sparks fallen into darkness is not definitively Gnostic; in fact, the evidence of Gnostic anti-cosmism is sporadic and contradictory at best.

An overview of the entire body of Gnostic ideas, including the story of Sophia, the goddess of wisdom, presents a different picture. There is no divine essence fallen into darkness, deluded by matter and the senses; but there is a spark of divine intelligence in each human being– nous.This Greek word, usually translated as “mind,” was central to Gnostic cosmology. It can be translated as “intelligence,” or even “divine intelligence”–divine because Gnostics considered human intelligence, as well as that of other sentient creatures, to be an endowment of deific beings called Aeons. Gnostics revered that seminal inborn intelligence and treated it as a priceless faculty in need of cultivation.

Nous is a daimonic gift; it can either undermine humanity or enable it to unfold its species-specific talents. The ability to plan, design, model, extrapolate, or innovate is unique to nous in its human modality. But Gnostics saw this ability at risk of going astray and diverting us from a viable role in the cosmos. They warned that we deviate from our optimal course of evolution when we get lost in mental fabrications.Our species has a latitude for novelty and experimentation not present in other more instinct-bound animals; human instinct goes far beyond the drive to survive and propagate– it is a wide-open proposition, an invitation to fruitless anarchy or boundless creative play. We are the sole species given exceptional latitude to err so that we can discover, learn, plan, invent, create, innovate–so that we can model experience. In doing this, though, we risk that we will mistake models of reality for reality itself, and prefer the mind’s own creations over the mind’s participation in the creativity of nature.

Gnostics had a specific term for our capacity to model reality: Hal. This Coptic word means “simulation.” The Gnostic concept of Hal is close to what we today understand as Virtual Reality. Another Coptic word, Krog, means “deception” in the sense of mistaking plastic for pearl, white paint for milk. In many respects, the Gnostic theory of error parallels the teachings of Dzogchen and Mahayana Buddhism on self-generated illusion, mind mistaking itself.

For Gnostics, “the creativity of nature” is a direct expression of the fallen goddess, Sophia, an Aeon (cosmic divinity) who morphed into the earth. Sophia is alive, so the wisdom embodied in the earth is animated; it is living, divine in its own right. But nous is also alive, living intelligence seeded in humanity from a divine source. The menu describing a meal does not nourish like the meal itself. Intelligence that is alive may produce simulations of life, artificial forms and devices, maps, models, and projections–even a noosphere or simulation of mind itself–but these are not alive in the same manner. A Gnostic living today would protest that attributing life to the creations of the human mind is Krog, deception. Humans are not gods, able to create living forms, but through nous we can co-evolve with divine powers, and possibly even co-create with the Sophianic mind of nature (i.e., Gaia). This distinction applies critically to the noosphere: it may be a product of human intelligence, but devoid of the living, animating, and self-reflecting qualities that inform our intelligence.

With the rise of cybertechnology, the human species is showing a dramatic tendency to lose itself in human-made games, contraptions, and electronic phantoms.This is the realm of Hal, simulation. Is the noosphere a medium of simulation, or it is an organic outgrowth of nous, the living, co-evolving intelligence of the biosphere? We have yet to see a definition that satisfactorily addresses this question.

Gnostics did not claim that human beings are divine sparks trapped in matter, but they did warn that the divine faculty of nous can be caught in the trap of simulation, the mirrored matrix of our self-deception.

In an intriguing twist, Gnostics associated Hal and Krog with a species of inorganic entities called Archons, mind parasites who take advantage of our simulating tendencies to lure us into an artificial cosmos away from the earth. This topic is totally off limits to Gnostic scholars, who freak at the mention of parapsychology–yet alien intrusion is a primary theme in Gnostic cosmology. The Archon mentality is a form of artificial intelligence, devoid of nous but able to mimic, replicate, and follow preset routines. It is tempting to correlate the Archons to ETs and cyborgs (as I have done extensively here), and I believe such correlations will hold up under close scrutiny. It may even be more revealing to consider the operations of the Archon mind parasites in cyberspace.

Image by Jay Queue under a Creative Commons licence.