Invitations from the Outsider – On the Passing of Colin Wilson It’s always a strange feeling when delays keep an article from being written for years, more so when those years stretch past the material life of the subject of the article itself. When Colin Wilson’s book Supernatural was republished by Watkins Publishing in 2011 I received a review copy, and intended to use the book as a center point in writing a piece that focused on the possibilities of a wider vision for studying anomalous experiences. Now, the same article becomes something more like a memorandum, as Colin Wilson passed away on December 5th, 2013 after a long struggle with illness.

Wilson’s work has in some way, as you will see repeated in so many memorials for him, inspired nearly every popular writer on the subject of anomalous experience that has grown up since the 1960’s.  His books The Outsider (1956) and The Occult: A History (1971) are two works which, when encountered by the young and curious, provide an initial spark of recognition that those subtle intimations of something more aren’t just dreamy indulgence, but the seeds for a vast and expansive quest. More than anything, Wilson’s work has been a potent and approachable catalyst to spur seekers of the Mysteries into a deeper engagement with the wide unknown.

In my own life it was The Outsider that catalyzed years of being absorbed in historical esoterica and contemplative works into something contemporary and real. It broke down any naive, youthful barriers between the “mysticism” of the past and what was possible in the seemingly “material” present. Later, when I discovered his book The Occult: A History in a small used book store in Chicago, it had the effect of grounding me again, and showing me the human side of the mytho-poeticially inhuman Magi and Adepti that I’d grown so fond of.  At the time I was very interested in the work of Austin Osman Spare, and Wilson’s recounting of an anecdote regarding Spare’s attempt to conjure roses, only to be covered in sewage, was a teaching story I’ll never forget.

When I received The Supernatural to review, I was once again given an impetus to reevaluate my understanding of certain assumptions I’d developed in my research. Immersed in the science of psychical research, especially in the contemporary milieu where researchers have had to be so deadly careful in what they say due to the frothing rhetoric of the curmudgeonly skeptical sub-culture, one can get the false sense that small statistical anomalies are the only evidence we have that there is more to existence than a crippling lattice work of rough materia.  For Wilson, there were no barriers between the realms of “the outsider,” “the occult,” and “the supernatural.” All of these areas touch on what has come to be called “phenomenological existentialism,” and represent areas of liminality where the seething, unseen forces of existence breach the mundane facade of the supposed materiality of the world, giving brief glimpses of the deeper Mystery.

The Supernatural contains chapters on time travel, witchcraft, Spiritualism, ritual magic, vampires, werewolves, psychical research and innumerable other areas that usually remain cordoned off by the tightly guarded borders of sub-cultural specialties, or are dismissed outright without any further consideration. Yet, in Wilson’s hands subjects which seem so easy to dismiss become questions that are not easily answered, and with a storyteller’s firm grasp of anecdotal evidence we are invited to re-weave the threads of wonder which have been cut too quickly by the myopic vision of material progress.

With all of this, and with a bibliography of books that goes well beyond 40 individual works, one might think that it is his prolific output that makes him worthy of remembrance. However, I have found that more than anything he wrote, it was the ambient presence of the man himself that provides the true core of inspiration. For those who knew him, his generosity, curiosity and openness remains the subject that spurs the most reflection, and it is this quality of the man himself, reflected in his works, that truly catalyzes those who encounter them to go further in their own individual quests.

This is the invitation from the outsider, and this is what should be remembered and embraced by those of us still walking this waking world in his absence more than anything that he wrote. Research and writing are born to be put to the flames, and only the presence of a truly open heart remains when all is said and done, and an open heart is all that really matters in the end for any of us looking into the Mystery. This is something that the skeptical sub-culture so often misses when it stares at the chewing gum traces left on the bottom of the seats in this phenomenological theatre we call reality. They want to know what flavor is left in the soda soaked popcorn on the floor, rather than holding the hand of the Other, the Lover, and smiling at the fact that we are all invoking the Mystery of life together whatever the reality is behind anomalous experience.

I’m sorry that in writing this, Wilson will never have the opportunity to read the fact that another person out there heard the deeper resonance of his work. Yet I am hopeful that now, in writing this, someone out there might gain some access to this deeper resonance and honor him by accepting the invitation from the outsider, and begin growing within it to become another light guiding us towards our enlightened potential.  We live in darkness, and the more lights that are lit, the sooner we can return to that secret garden which awaits us at the end of the quest.

Update: Frank DeMarco,  Founder of Hologram Books, has posted the final chapter of a work in progress from Colin Wilson’s son Damon. The chapter looks at the nearly unfathomable fact of life itself and ends with this remarkable, and rare, statement:

Visit the Hologram Books website by Clicking Here, to read the entire piece, and see why I feel that it is Wilson’s humane presence, more than anything else, that is the true heart of his legacy. 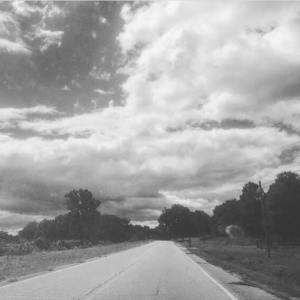